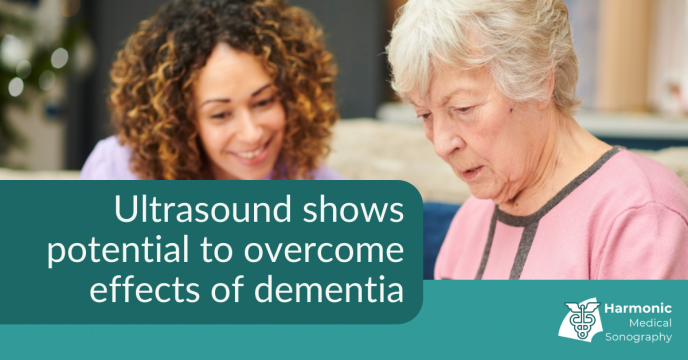 Ultrasound shows potential to overcome effects of aging and dementia

Ultrasound can overcome some of the detrimental effects of aging and dementia without the need to cross the blood-brain barrier, Queensland Brain Institute researchers have found.

The findings provide a potential new avenue for the non-invasive technology and will help clinicians tailor medical treatments that consider an individual’s disease progression and cognitive decline.

Historically, we have been using ultrasound together with small gas-filled bubbles to open the almost-impenetrable blood-brain barrier and get therapeutics from the bloodstream into the brain.”

“The entire research team was surprised by the remarkable restoration in cognition,” he said.

“We conclude therapeutic ultrasound is a non-invasive way to enhance cognition in the elderly.”

Aging is associated with impaired cognition and a reduction in the learning induced plasticity of the signalling between neurons called long-term potentiation (LTP).

Professor Götz said the brain was “not particularly accessible”, but ultrasound provided a tool for overcoming challenges like the blood-brain barrier.

“Using ultrasound could enhance cognition independently of clearing amyloid and tau, which form plaques and tangles in people with Alzheimer’s disease,” he said.

“Microbubbles will continue to be used in combination with ultrasound in ongoing Alzheimer’s research.”

In England it is estimated that around 676,000 people have dementia. In the whole of the UK, the number of people with dementia is estimated at 850,000. Dementia mainly affects older people, and after the age of 65, the likelihood of developing dementia roughly doubles every five years.

Previous research has shown the long-term safety of ultrasound technology and that pathological changes and cognitive deficits could be improved by using ultrasound to treat Alzheimer’s disease.

Professor Götz said there were still questions about the differences between normal “physiological” aging and the “pathological” aging that happens in Alzheimer’s disease.

Professor Götz’s research team aims to understand how brain diseases begin and their progression at molecular and cellular levels in the hope of ultimately developing therapies.

The research has been published in Nature journal Molecular Psychiatry.

There are no comments yet, why not be the first